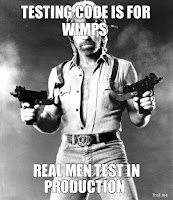 [Edit] : If you're interested in fuzz testing, I recommend reading an excellent follow up by Maciej Adamczyk, which get into great details on how to do your own fuzz testing for your project.
Posted by Cyan at 2:25 PM 6 comments: