On this page, a new methodology is proposed to compare different compression programs depending on target speed criteria.

We're using a simple scenario, in which a file is compressed, sent over a variable-speed pipe, and then decompressed. Times are added, and total compared. It gives the following graph: 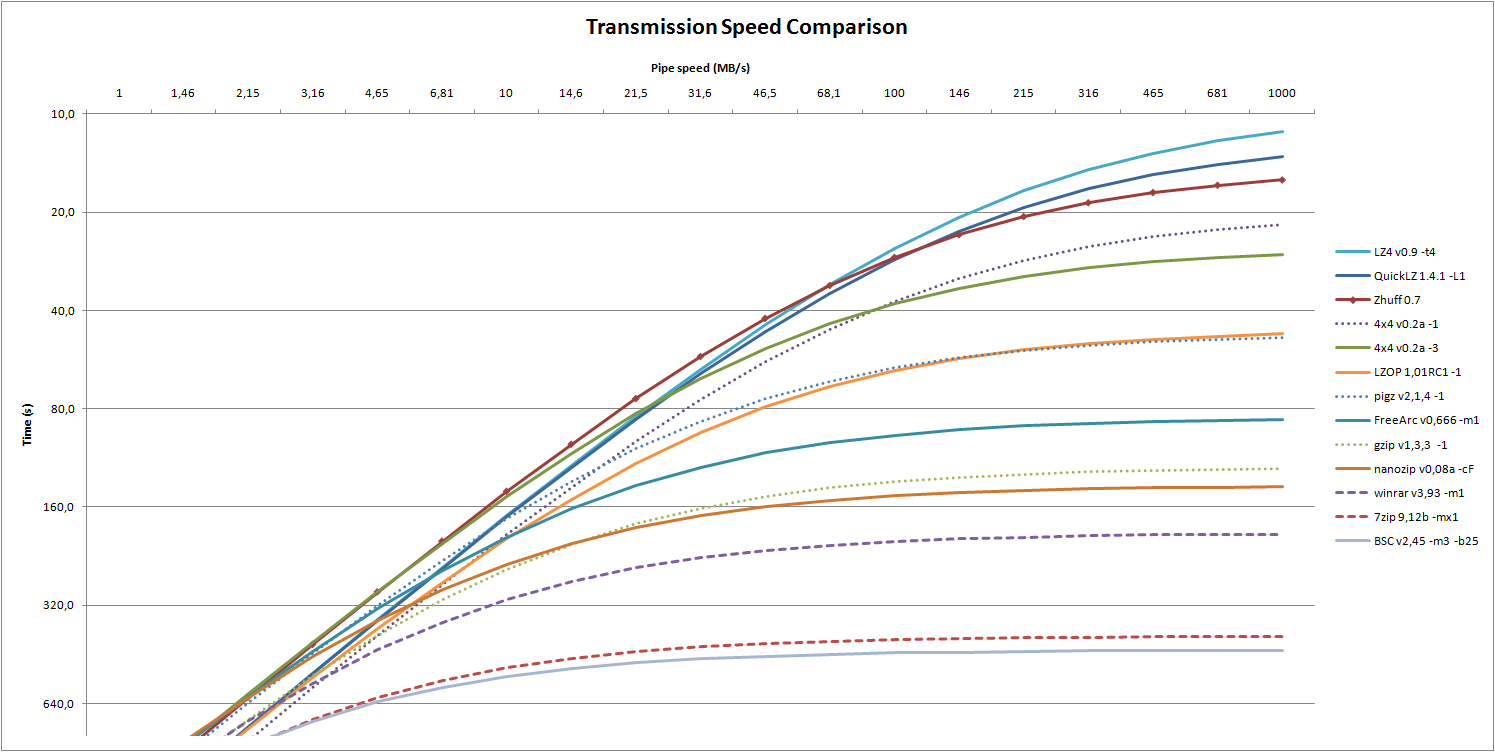 Click on the graph for enlarged display
Unfortunately, as you can see, results tend to coagulate at lower speeds. This is a problem to properly evaluate differences.

Therefore, a new representation is proposed, to improve results clarity. Using the same figures, we represent only the relative ranking of compression programs at each speed, the fastest one being always at the top of the graph, and other ones following depending on speed difference.
This "magnification" keep the ranking intact, it just makes the differences clearer to see, for each speed settings. 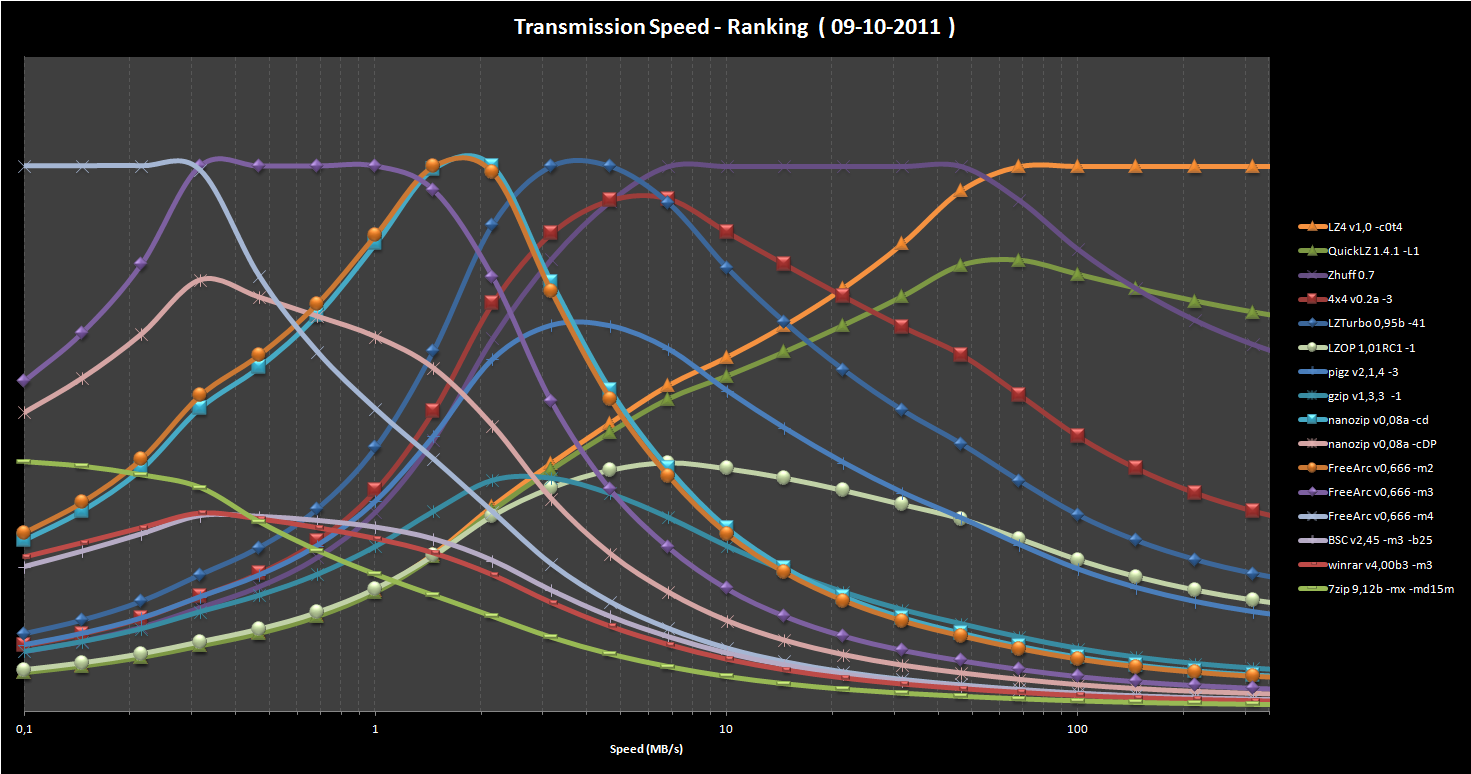 Click on the graph for enlarged display
Performances figures are extracted from CompressionRatings website. Here is the configuration used to benchmark. Compression programs which successfully hit the RamDrive I/O speed limit (above 400MB/s) get a re-evaluation using their CPU Occupation ratio value (since otherwise, speeds beyond 400MB/s could not be represented).